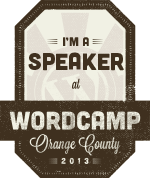 WordCamp Orange County is organized by some of the most respected members in the WordPress community. Orange County is another SoCal hotbed of WordPress programmers, designers and users. They meet regularly and have an awesome Facebook Group. When I submitted my speaker application on “WordPress Optimization for Speed” I didn’t think I would get chosen due to all the talent around the area… but I did! Now I am very excited to be able to share my knowledge and help people speed up their interwebs.

I recently did a similar talk at MediaTemple two months ago that was a nice intro into the world of speaking. Since I’m a freelance programmer, I’m regularly tucked away programming by myself. To say the least, I had to shake off some speakers rust. It went well and I learned a lot more about how to give a compelling and informative presentation. I’m really looking forward to showing off some great plugins and strategies to speed up WordPress websites. Nobody wants a slow website!

This year the list is full of awesome speakers. Some highlights include:

More Speakers – Just because they’re not on the list above doesn’t mean they aren’t as awesome! I just haven’t met them yet!

Put the dates on your calendar and book your flights! WordCamp OC 2013 promises to be one of the best yet. For more information about the event, venue and speakers visit the website: WordCamp Orange County 2013

I had to fix IE’s issue with Flash and it had to do with the object tag and classid attribute. Here’s the fix!

Roots theme makes use of the excellent Theme Wrapper which helps to cut down greatly on code clutter within your WordPress theme. WooCommerce doesn’t play nicely with this logic and you may notice duplicate headers within your code: How to Fix the Duplicate Headers 1. Create a Blank header.php file in your theme directory: /**… 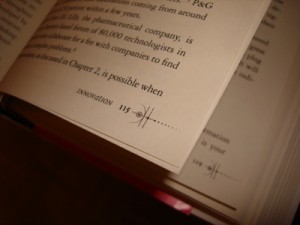 Sometimes you don’t want to return a ton of pagination items… here’s how to limit the number if you’re using the WP-PageNavi plugin.

We all love WordPress custom post types, but don’t you hate those peski 404’s? Here’s a useful checklist to help fix the issues.

Like WordPress Podcasts? Well, I’ll be co-hosting Season 2 of the Matt Report and sharing my business experiences.